Girlfriends Anna and Whitney are getting ready for a night out. Anna is doing her make up and Whitney is trying to convince her that a night in might be even better (she says to save money!) But Whitney has other ideas. Anna goes off to the shower and Whitney follows her, camera in hand! As she films Anna showering Whitney asks to see a close up of her beautiful pussy! She starts rubbing her clit before putting the camera down and tasting her soft, shaved honey pie! They move on in to the bedroom and Anna puts the camera down on the side of the bed, opens Whitney's legs and gives her an orgasm to remember! 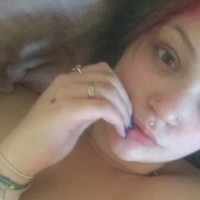